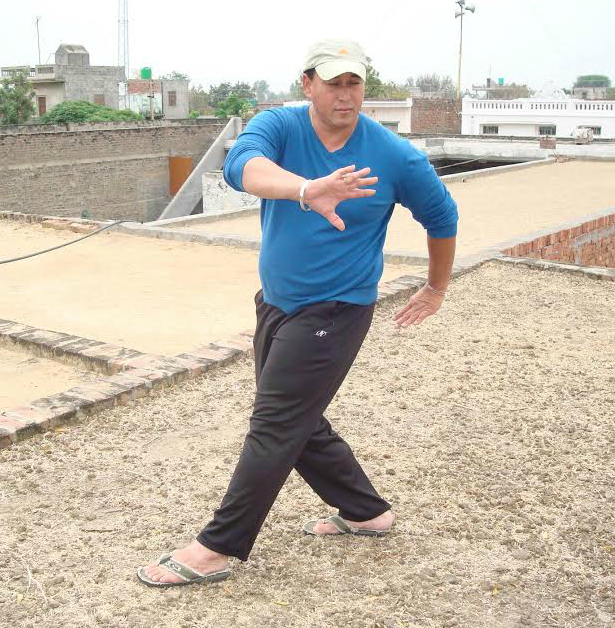 On several occasions in my adult life, I have suffered back problems. The back problems have been severe enough, that I would have to crawl on the floor to get to a chair or table to help me stand. Being active all my life, I am not sure if it was football or competitive weight lifting or a combination of both that would lead to the diagnosis of a bulging disc in my lower back.

Acupuncture , massage therapy , chiropractic, stretching are some of the ways that I would find relief from back pain. For me surgery was never a option, because surgery , in my mind would limit movement and I always wanted to be able to excel in everything I tried 100 %. About 10 years ago, I began doing Tai Chi Chuan with some friends at a park. Master Cai was a very good instructor, who taught us the Yang 24, 41 , Chen 56 and the 42 combination form. Tai Chi seemed to relax me and I began to understand my balance with the slow and controlled movements.After a year or so , I began to notice that I was more grounded in my Wing Chun footwork. Tai Chi had become a good complement to my Wing Chun training, because it worked on subtleties that I was unaware of. I began to work on areas of energy and balance that I had just scratched the surface with. This leads me to one Sunday training in the park, practicing Tai Chi with our group, where in a distance, a woman was walking quickly in circles, twisting, and spinning  with incredible speed. She would move in one direction and then switch and drop and turn with amazing graced an precision. I asked my friend Bob Santee what kind of Martial art  that lady  was doing and he said Baguazhang.

About a month later, during Chinese New Year, I was watching martial arts  demonstrations . There was the usual Clubs , Lion dancing  , and my friends doing a Wing Chun Demo. Then a group came out, The Hawaii Wushu Center, taught by Laoshi Xiu Zhang.  Zhang Laoshi was born in Shandong China and began her Wushu training at the age of 6. She would go on to have a very successful Competition career . Zhang Laoshi would eventually graduate from the Beijing Sports University with a degree in Chinese Martial Arts. She would later become  a University coach and would develop many Wushu Champions. When I saw , Laoshi`s Hawaii Wushu Center perform, I was amazed with the dynamic and exciting performance. During the demo to my surprise , Laoshi did a Baguazhang demo and I guess it was fate, that she was the lady practicing in the park a month earlier.

Within a few weeks I would sign my daughter up for Wushu and a few years later my son. I would also, begin my Bagua training that I have continued to this day. It has been nearly 8 years training bagua and I have yet to experience any of the back pain that  I suffered years ago. I have also trained Bagua with my Wing Chun brother John Divirgilio, who does a very simple and intricate version of Cheng Style Bagua. Now I am currently dedicated to learn the Yin Family Baguazhang , taught by Master Wang Shangzhi from Beihing. In 2011, the Chinese government named Master Wang the  “Heritor”{custodian}of the “China Intangible Cultural Heritage”of Baguazhang. Zhang Laoshi became a disciple of Master Wang and continues to teach in Hawaii today.

As a Wing Chun practitioner, I seek to keep things simple and practical , stripping away unnecessary movements to become as quick and effective in a real life situation. Cross training in Baguazhang is my balance, which allows me  to maintain mobility and agility in my training and even more important , it transcends into my daily life.