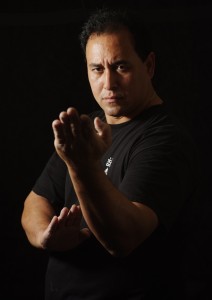 When I was about 15, like many boys my age, I was looking for a way to get stronger for football. My friend Ricky Delacruz told me that he would help me. Ricky took me to the Nuuanu Y.M.C.A in Honolulu, Hawaii where he worked out. At the Y, I was surprised to find out that the kind of lifting that my friend did was Olympic Weightlifting. Ricky competed in the style of weightlifting that they did in the Olympics. The best part about training there was the circle of friends and the people that I encountered. People like Tommy Kono a legend in weightlifting.

The only person to be a Olympic and World Champion and also become a Mr. America and Mr. Universe. Harold “Oddjob” Sakata who was an Olympic Champion , Pro wrestler and who’s claim to fame was featured with his Deadly Derby in the James Bond movie Goldfinger. Other world champion lifters who would train or visit such as Richard Tom , Emerick Ishikawa , Richard Tomita and Dr. Peter George. Other Champions like Brian Miyamoto and Russell Ogata , I am still in contact with to this day. To be exposed at such a young age to this caliber of Athlete , set the precedent of the kind of quality that I would seek in training through out my future as a martial artist. Much to my Fathers and some coaches dismay, I did not want to continue playing football any longer. My Dream would be to train for the Olympics for the next several years. Although I never achieved my dream, I did become a state champion and competed in one Collegiate Nationals in Madison Wisconsin in 1979.

When I graduated from High School and attended college, one of my electives was the martial art of Aikido. I always wanted to learn Martial Arts , but never had the opportunity. I chose Aikido because I read that it would improve my concentration for weightlifting. My Sensei was a amazing instructor named Seichi Tabata , who was 7th Dan and would later achieve a 9th Dan. Tabata Sensei trained Aikido under Tohei Sensei who trained under Morihei Ueshiba, who was the founder and Grandmaster of Aikido. Tabata Sensei took a liking to me and trained me hard. I loved Aikido and would train 4 to 5 days a week while still competing in lifting and attending college. But eventually my love for weightlifting took a backseat to martial arts and I decided to no longer compete and began my journey into martial arts whole heartedly. Within 3 years of training in Aikido, I was given my Shodan or 1st degree blackbelt and given my own dojo . I taught a class of about 20 students.

During this time, I also got my license in Massage Therapy, a profession that I continue to do. It became apparent to me as time went by that I was not ready or deserving to be teaching at this time in my life. My students would ask me if they could defend themselves from this punch or that kind of Kicks? I could not easily defend myself against any kind of attack that was not prearranged. I eventually stopped teaching ,just a short time before I would receive my Nidan.

After Aikido, I was looking for something practical and street oriented. I found that art in Wing Chun Do as taught by Sifu Kimo Wong.. Sifu Wong learned from James DeMille, who was a Original Student or First Generation Student of Bruce Lee. As a side note James DeMille would become a good friend to my own Wing Chun Instructor but that is a whole different story. Sifu Wong`s class opened my eyes to a more real and practical kind of training. As I would get more proficient , I would train with some of the advance students. Some of these advance students would eventually move on to what they called Traditional Wing Chun. They said the instructor was from Hong Kong and had a impressive reputation as a skilled fighter.

Out of curiosity , I went to visit this traditional art. I was totally impressed and decided to learn the complete system of Wing Chun from Sifu Robert Yeung. Sifu`s class was incredible, the curriculum was organized , the instructors were skilled fighters and the class had the atmosphere like no other. We trained in a gym and at its peak the class had close to 50 students. I only missed one class in the time that I was training with my Sifu. After a few years of consistent training, I was asked to become one of the instructors. I have great memories of training and teaching with my Wing Chun Brothers . After every class, for years,we would go out to eat and talk with our Sifu. Dinners that would last for hours.

After years of teaching a group of us decided to go to China and search out the roots of our art . We went to Hong Kong and met and Interviewed our Sifu`s friend and Instructor Wong Long. We were fortunate to interview and train with Sifu Wong Shun Leung , considered by many to be Ip Man`s best fighter. We also interviewed Ip Chun, Ip Man`s eldest son, who was kind enough to take us to his
fathers gravesite to pay respects.

Before we left for Asia, I had already begun teaching in my own school, which I started with my Kung Fu Brother , James Tanaka. Also at this time, I began cross training in other arts. I trained in Brazilian Jiu-jitsu with Relson Gracie for almost 6 years. Penjat Silat , with Carl Franks for 2 years. I did an instructor training and multiple seminars with Sifu Richard Bustillo, another original student of Bruce Lee, but in the Oakland Years. I was also given a instructors certificate, from Sifu Bustillo to teach JKD, but I never officially taught the art. Also , at this time professionally I made friends with another martial artist, named James Kendrick, who financed my way to train in Aspen , Colorado and become a certified executive protection specialist. I later went on to get another certificate of executive protection at Kobetz and Assoctiates in Berryville Virginia.

While doing executive protection, I was fortunate to protect a Academy Award winning actor , an Arch Bishop who was a Vatican representative to the U.S. and gigs on many feature movies including Jurassic Park. After many years of training, I became aware , that the way to get good at something was to put more focus on what I was trained to do. Although I teach the style of Wing Chun as was taught by my teacher. I have dedicated my efforts to research areas that would supplement the art, without losing the integrity of its origin.

A few years ago I was certified by Mr. Bill Kipp to teach F.A.S.T. or Fear Adrenal Stress Training. This technology use ssenarios to simulate a real life training. Also, as introduced by another Kung Fu Brother of mine James Sweet, TFT. Why reinvent the wheel, while people like Tim Larkin of Target Focus Training are doing a service to the martial arts community by researching ways to save peoples lives on the street. There are so many great people who, although are not of my art, but have the same spirit and logic of the Wing Chun System.

Personally, I enjoy training for my own mental & spiritual training,Xingyiquan,Tai Chi and Bagua Quan. These arts keep me grounded and healthy along with Hammer and Indian Club Training