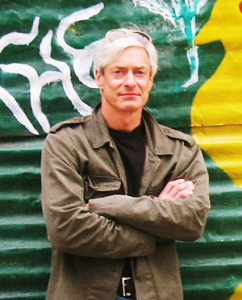 Laurence Brahm is a International crisis mediation lawyer and developmental economist , a founder of the Himalayan  Consensus Institute dedicated to multi-lateral dialogue  on climate change and community resilience. He also founded Shambhala Serai, featured in Forbes Magazine and recognized by the Pontifical Council for Peace and Justice, as exemplifying successful social entrepreneurship at the 2016 Vatican Impact Investing Conference. In 2015 Iceland’s President Qafur Ragnar Grissom invited him to serve on the Himalaya-Thilrd Pole Circle, a panel forming policy responses to facial melt caused by climate change.

From 2013-2015 served  as Senior Advisor to China’s Ministry of Environmental Protection, receiving  China’s 2016 Social Responsibility Award for drafting “Ecological Civilization.”, China’s national policy for renewable energy solutions .In 2015 he was advisor to Bhutan’s  National Environmental Commission. In 2012 as NGO spokesperson to the the United Nations Earth Summit 2012 (Rio+20), he was selected by ScenaRio as one of the the “100 Opinion Leaders Advising Rio+20.” In 2010 he received UNDP Award for Bio-Diversity and Cultural Protection in China presented by Jame Goodall. In 2009 , China Central Television selected him as the only foreigner among ten individuals contributing to China’s two decades of economic reforms and opening.

As explorer,,he led three expeditions searching for the mythical kingdom Shangri-la, for which he was elected a Fellow International of the Explorer’s Club of New York in 2015. The expeditions received the National Geographic Air and Water Conservation Fund award in 2016 for raising awareness of anthropomorphic climate change. The Himalayan Trilogy is based on notes recorded during  each expedition.

In 2002  after years as a commercial lawyer and advisor to both governments and multinational corporations, Laurence Brahm made an abrupt career change focusing on media production for the years 2002-2004 in the Himalayan region. During this time he made to documentaries “, Searching for Shangi-la” and “Shambhala Sutra”. These two films represented a turning point in his life as he was influenced by the individuals pioneering social enterprise that were the subjects of these films. By 2005  Brahm had moved to Tibet to establish his own social enterprise Shambhala Serai Group .In 2018 ,a documentary expedition team followed the historic journey of the “Lotus-Born Master”also known as Padmasambhava or Guru Rinpoche , who lived in the Himalayas during Eighth Centuryl. Shrouded in myth and and mystery, the Lotus-Born Master is recognized as the founder of Vajrayana or Tibetan Buddhism. In the documentary the documentary film, “Searching for the” Lotus-Born Master,” the expedition team sought to prove the legend to be true. The Lotus-Born Master had eight manifestations depicted in Thangkas ,murals and statues across the Himalayas.The expedition team sought to decode the quantum energy field behind each manifestation. The documentary film “Searching for the Lotus-Born Master”, swept awards in the documentary category at the Canada Golden Maple Film Festival in Vancouver. At the festivals closing film director Laurence Brahm received the “Best Documentary Film Director Award, together with the “Best Documentary Photography Award,,”for the unprecedented cinematography presented in film.